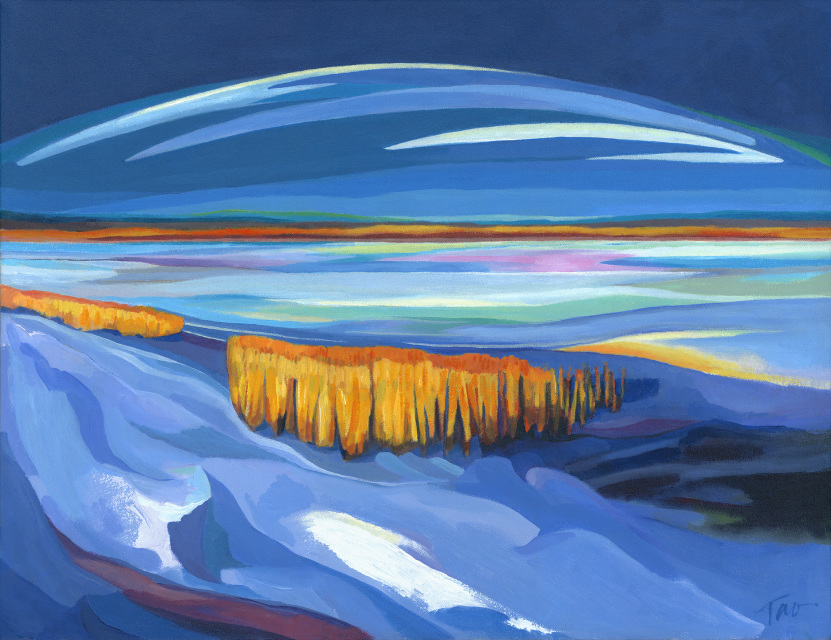 
This image came from a moment I captured between dusk and twilight on Nasketucket Bay on the South Coast of Massachusetts in deep snowpack. I remember I was up to my mid-calf in snow as I snapped photos, excited to get back to the studio to depict this stagelike setting of lit-up winter drama.


I am influenced by “The Group of Seven,” a group of early 20th century Canadian painters who worked together capturing the wilderness of Canada on canvas. In particular, I am drawn to the work of Lawren Harris. Harris often stylized nature into shapes like spheres, cones, arches, and other more tooled expressions.


This piece was printed in a limited edition of fifty giclées for the Cambridge Arts Marketplace's Community Supported Art project.


This original painting was part of COLORS OF THE COASTLINE at The StoveFactory Gallery.

​Payment plans are accepted. Please email here to inquire about this option.
1 available
Add to Cart